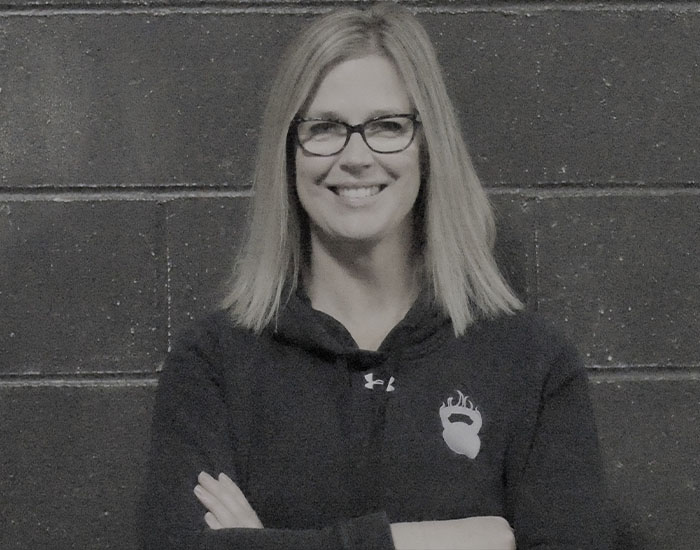 Michelle LintonPartner
As Forge Team Inc. President, Michelle heads up the business side of Forge Team Inc. She is passionate about seeing members break through their barriers of fear to become stronger and healthier.
Read More

In addition to being a Crossfit-L1 trainer, a spin instructor, and a life coach, Michelle is a management consultant / change management professional who runs operational projects for technology companies. Through her work, she helps individuals and organizations turn imagination into action. Through her own life experiences, Michelle has become a strong believer in pursuing a personal life mandate and aligning goals to that mandate. She enjoys personal fitness and fully embraces the connection between mind, body, and soul. 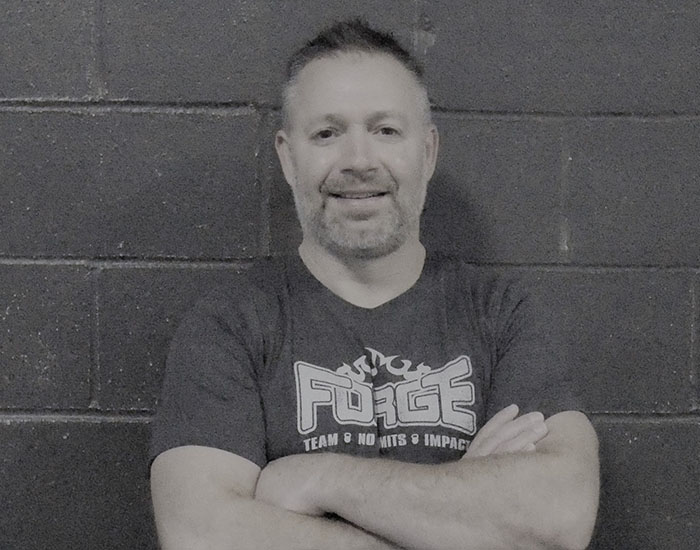 Kelly LintonPartner
One of Forge’s founding partners, Kelly is committed to working with the other Forge partners and the incredible Forge Coaches to achieve our potential as Centre Wellington’s premier…
Read More

One of Forge’s founding partners, Kelly is committed to working with the other Forge partners and the incredible Forge Coaches to achieve our potential as Centre Wellington’s premier athletic training facility. A community leader himself, Kelly is passionate about Forge becoming an even more positive contributor to making our Town the best place to live and play. He supports Mitch in continuously improving Forge facility and equipment, pursues new strategic business opportunities and initiates new community partnerships. 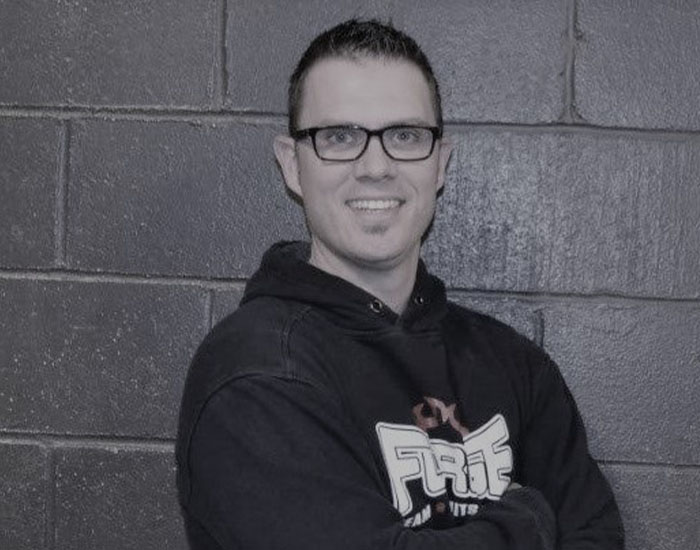 Mitch JohnsonPartner
In addition to being responsible for overseeing our facility and equipment, Mitch also provides leadership related to coach development and workout programming.
Read More

Although Mitch is used to putting out fires in his job as a firefighter, he sure knows how to build a fire inside our members, helping them fan their inner sparks of determination to better themselves. He applies his love for sports and experience playing competitive hockey towards building a supportive, safe environment that builds you up and challenges you to take your fitness to the next level. Mitch leads by example by continually improving himself through taking courses such as Crossfit L1, Crossfit Weightlifting L1, multiple advanced first aid, CPR, and numerous certifications in the EMR and rescue field. Mitch enjoys playing golf, is an avid fisherman, and is also a self-taught bagpiper. 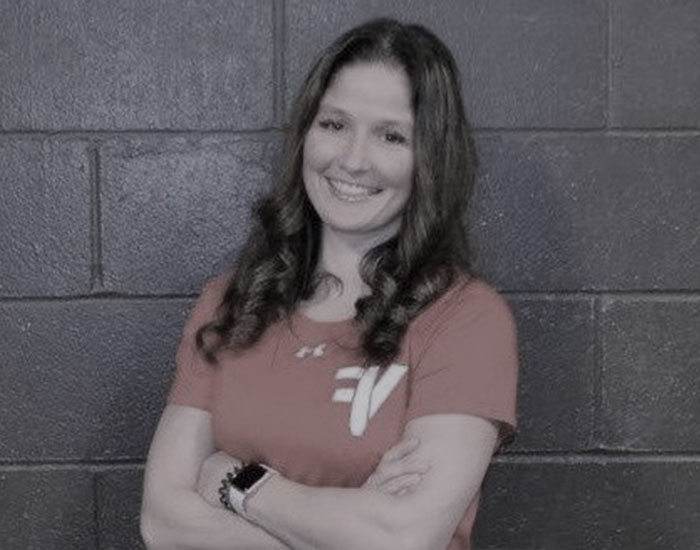 Karen JohnsonPartner
With the responsibility to manage Forge administrative processes and systems, Karen is essential to us providing exceptional service to our members and prospects.
Read More

Fitness and athletics are her passion, and Karen has excelled at many sports over the years, including competitive figure skating, field hockey, baseball and volleyball. She has an education background in therapeutic recreation, and currently works for the Upper Grand District School Board. She brings organizational skills, budget/financial experience and a “getting things done” attitude to our management team! In addition to her role as chief organizer, Karen also models the best attributes of our other dedicated members – she always works hard to get stronger and faster! 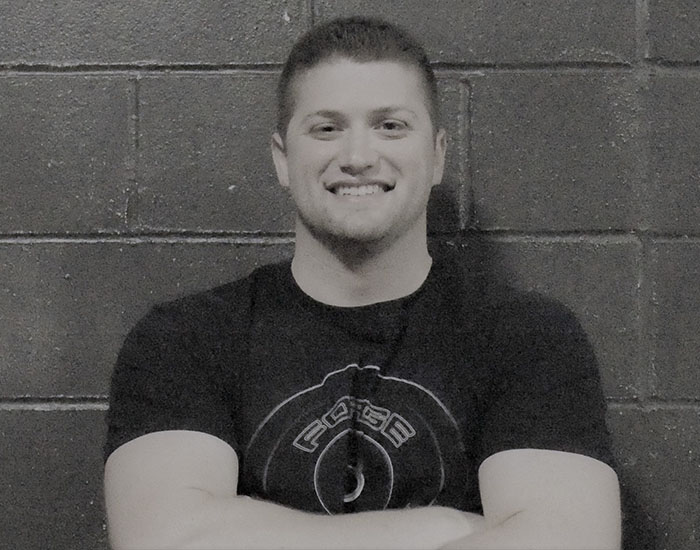 Travis LaitarHead Coach
Travis grew up in the Centre Wellington area and then attended the State University of New York at Cortland on an athletic scholarship. He graduated with a Bachelor…
Read More

Travis grew up in the Centre Wellington area and then attended the State University of New York at Cortland on an athletic scholarship. He graduated with a Bachelor of Science in Fitness Development/ Exercise Science. He then went on to work at a top level facility in New York State and worked with a range of clients from adult group classes to professional athletes. In the past he has passed the National Academy of Sports Medicine personal training exam, and he is currently pursuing additional training and certifications. Travis is responsible for our ongoing coach development and workout programming. 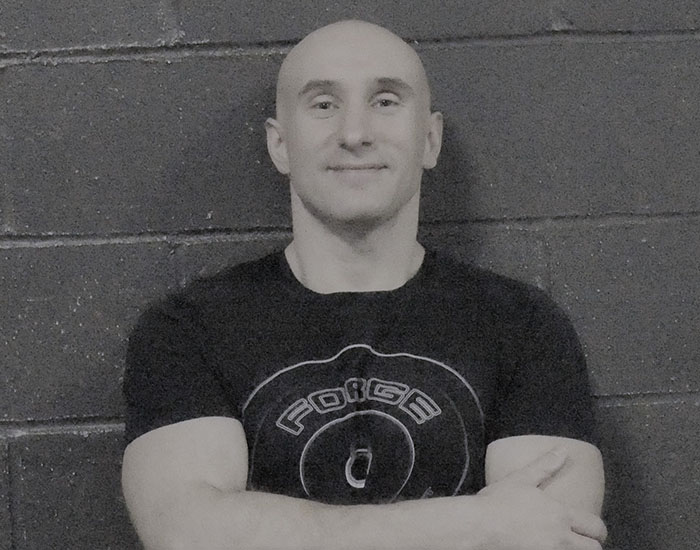 Tom AltweggCoach
A long-time Forge member who has become a coach, Crossfit-L1 trainer Tom is an example of what can happen with effective training, proper nutrition and just plain hard work.
Read More

He loves to see new members and is excited to have the opportunity to  help, inspire and motivate our members to become their own success stories. 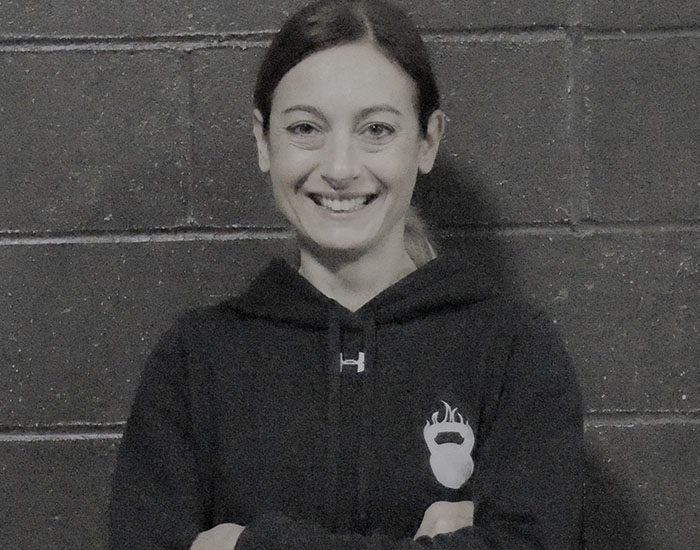 Maria MulderCoach
Maria has always been very physically active and played a variety of sports growing up, mainly baseball, running, field hockey and horseback riding. She has been a member…
Read More

She has been a member of a gym since university but joining Forge completely changed her motivation for working out. It used to always be about losing weight or regaining her body after pregnancies. Now it’s about becoming stronger, pushing herself to new limits, and learning new skills. Maria loves the sense of community and the support network at Forge. As a coach (Crossfit L1 Trainer), she wants to help new members build that same connection — to feel like they are a part of this amazing community and to set new/different goals for themselves — and to help them to achieve those goals. It’s not about comparison! It’s about seeing where you are today and building on that to be even better! 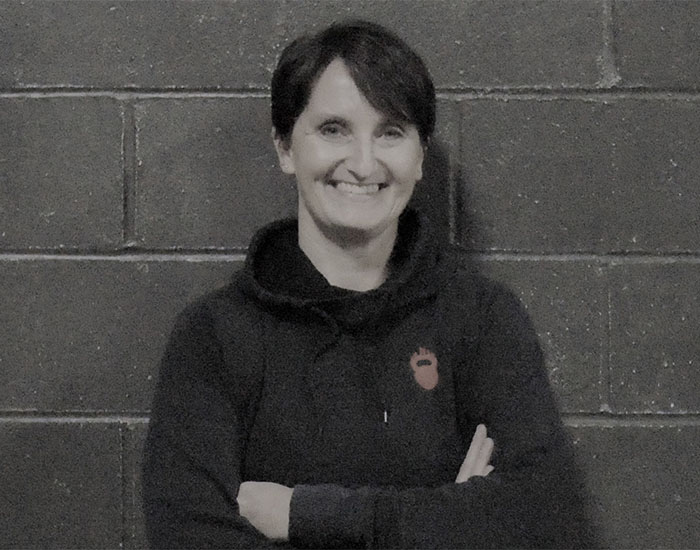 Wendy CudmoreCoach
Having been a member at various gyms since she was 16 years old, Wendy’s passion is exercise, from high school sports to university intramurals, from years of triathlon racing…
Read More

Having been a member at various gyms since she was 16 years old, Wendy’s passion is exercise, from high school sports to university intramurals, from years of triathlon racing to teaching various different adult fitness classes. Wendy’s drive to try new things and improve her fitness led to Forge. Having been a member since it opened, Forge is Wendy’s home away from home. There are many parts of Forge that she loves but one of the things she loves the most is seeing others realize their passion for fitness and achieve their goals. As a CrossFit L1 trainer, Wendy’s mission is to make fitness fun and accessible no matter what age or fitness level. Wendy’s primary focus will be on coaching Kickstart Bootcamp classes . “We are a team at Forge and teams work together to achieve their goals, so let’s get started”! 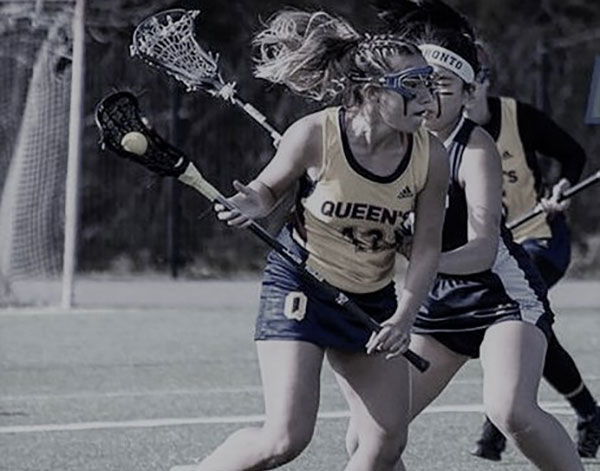 Brittany SchwendeCoach
Brittany has always been an athlete within the CW community. Growing up playing a multitude of sports, Brittany created a love for sport not only because of its competitiveness but for the feeling of being part of a team.
Read More

Brittany’s degrees in Kinesiology and Education, along with her experience as an OUA lacrosse athlete, are what drives her passion for health. Through different coaching experiences from working with children to seniors of varying abilities, Brittany understands the significance that an active lifestyle has on your health across the lifespan. Brittany hopes to share her love for community, athletics and movement as she believes we can be stronger together.
Close 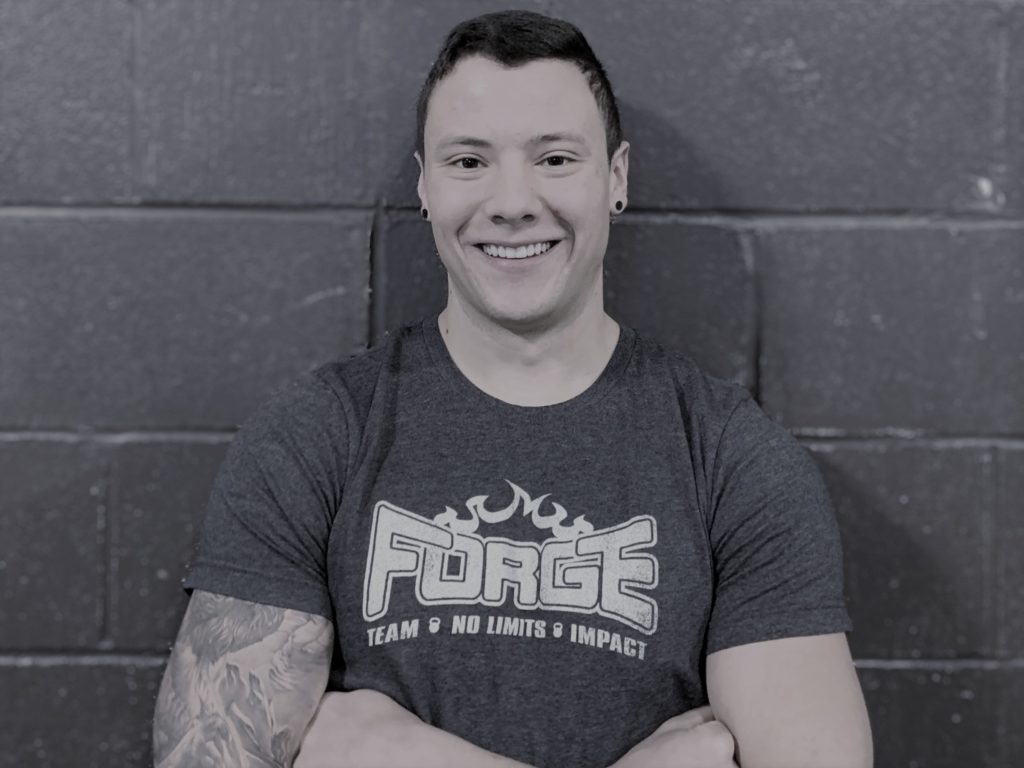 Justin KampenCoach
Justin Kampen grew up in Orangeville area and was enrolled in gymnastic classes at a young age. A high school fitness class kickstarted his personal journey to become best version of himself…
Read More

Justin believes that physical health and wellness transfers over into many other important areas of life. Having been a prior member at other gyms, he realized that functional training & a community of supportive peers are the keys to building a safe and long lasting fitness journey. Justin wants to help others discover what they are capable of with hard work and determination. He is currently in the process of completing his Crossfit-L1 certification.
Close 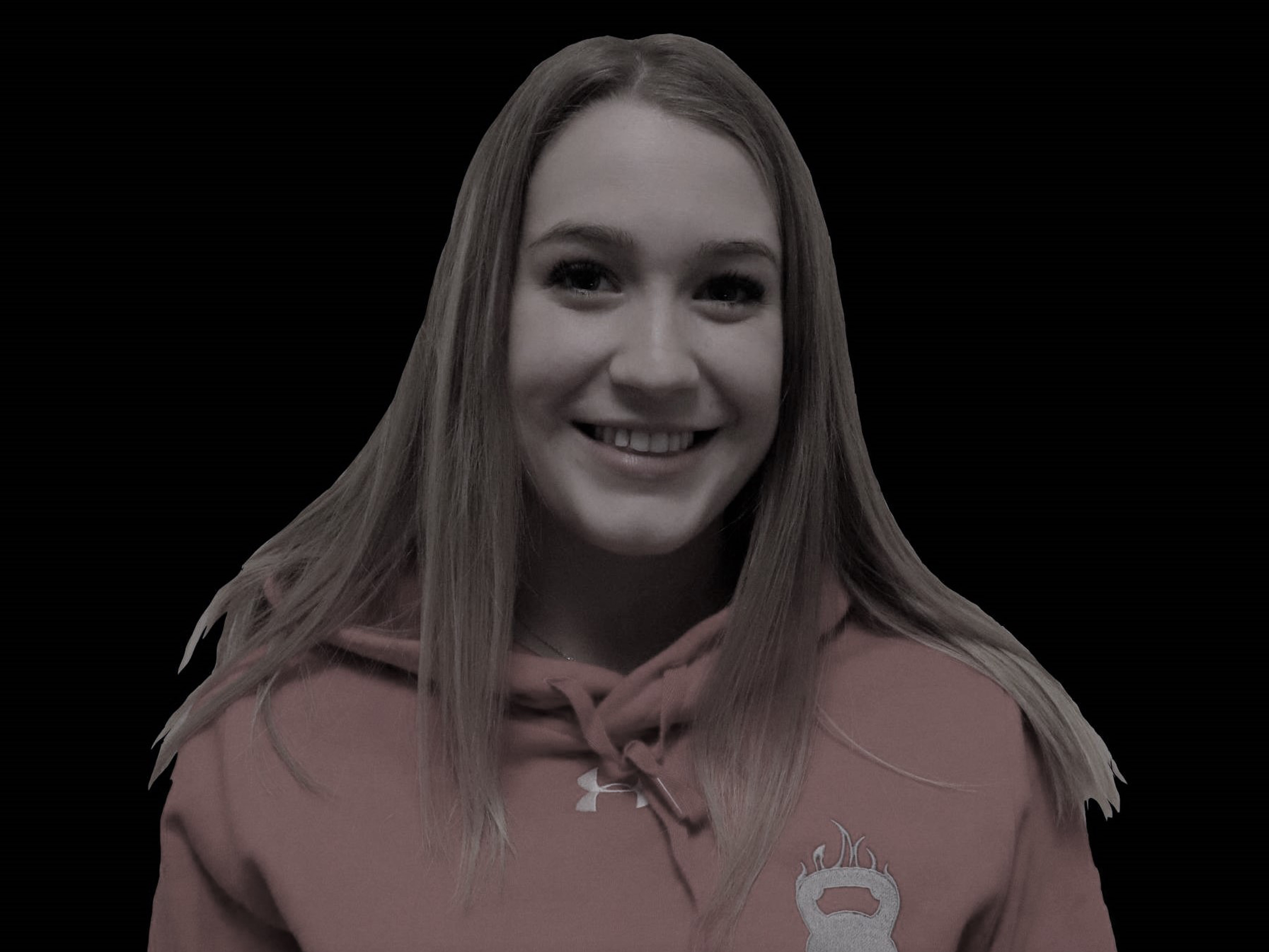 Kayla LintonCoach
Kayla Linton
One of our original junior members, Kayla has transitioned from an Assistant Coach to a Crossfit-L1 trainer dedicated to helping both our members and our sports/youth teams become stronger and faster.
Read More

She is passionate about inspiring individuals to push their limits and fears and achieve more than they thought they were capable of. Kayla is currently studying Health Sciences at Western University and is excited about pursuing a career in proactive health.
Close 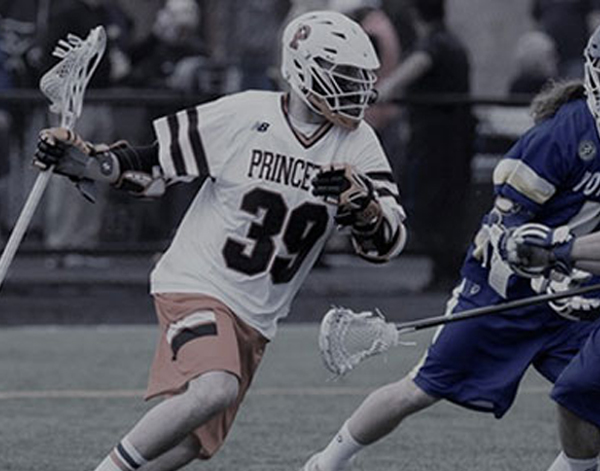 Dawson MckenzieCoach
Dawson grew up playing lacrosse and hockey in the Centre Wellington area since he was a novice. His love of lacrosse and passion for the game provided him the opportunities to learn from the best, playing for…
Read More

Dawson grew up playing lacrosse and hockey in the Centre Wellington area since he was a novice. His love of lacrosse and passion for the game provided him the opportunities to learn from the best, playing for Team Ontario in both box and field while growing up.

Dawson’s dedication eventually led him to be recruited to Culver Military Academy, the number 1 ranked high school lacrosse program in the U.S. During his time there, Dawson continued to play box during the summers, playing Junior B for the Elora Mohawks and Junior A for the Kitchener Braves, where he was his team’s leading scorer and MVP his final year. Dawson’s experience at Culver also provided him the opportunity to be recruited to play Division 1 lacrosse at Princeton University. There, he was able to learn from some of the best coaches who also coach at the Professional Level. Dawson has always loved the game of lacrosse and looks for every opportunity to give back to the game that provided him so many opportunities.

NOT SURE WHERE TO START?

Let us help you!